Fall of 2016 had a couple of 6’s, but with the Spring release of Pilots comes a slew of junk that no one should waste their time on (except Mrs. Maisel).

Here are the Spring 2017 Amazon Pilots from best to barf (the ‘paragraph’ included is the Amazon description). The first two are dramas, the rest comedy:

It’s 1958 Manhattan and Miriam “Midge” Maisel has everything she’s ever wanted – the perfect husband, kids, and Upper West Side apartment. But when her life suddenly takes a turn and Midge must start over, she discovers a previously unknown talent – one that will take her all the way from the comedy clubs of Greenwich Village to a spot on Johnny Carson’s couch. From the creator of Gilmore Girls.

Rachel Broshanan (House of Cards), Tony Shalhoub, and Alex Borstein all star in this show, with appearances from  Gilbert Gottfried.
Mrs. Maisel is a nice Jewish girl (with a little rebellious side), who has money, two kids, and a husband who thinks he’s a comic.
But when her life starts to fall apart, and her husband leaves her, she turns her own hand at comedy in an effort to stay afloat.
Whimsical humor mixed with stand-up comedy.
6.5 out of 10

Set in the near future, Oasis tells the story of priest Peter Leigh, who is called to a remote planet where a mysterious multinational company is building the first permanent off-Earth human colony. The planet, Oasis, is humanity’s last chance to escape from Earth’s impending collapse, but it quickly becomes apparent that it may not be as hospitable to humanity as it seems…

Based on a book by Michael Faber, this ‘religious show’ takes place in future London, as the world seems to be ending with disease and whatnot, a group is building up Oasis, a lifeline in space on the edge of the Galaxy, the first permanent community, to help save the Earth.
Our man of God is called upon to help, from a commander who has since gone missing while out exploring. Meanwhile, the workers are slowly dying from illusions and mishaps, as they stop drilling for water and their other needs.
Decent and curious.
6 out of 10

In 1983, three hapless guys from San Francisco are lured from their sex and drugs lifestyle to the countryside to grow marijuana. They find themselves stuck in a run-down cabin in the middle of nowhere, with harsh and unfriendly growing conditions, nosy neighbors, dangerous locals, and menacing law enforcement.

Based on the 1984 book by T.C. Boyle, the characters work for a “start-up bud company”, and are heading countryside to help collect marijuana.
This show features a sick robotic show amongst its strangeness.
So insanely weird and boring.
5 out of 10

This is Amazon’s attempt at South Park…and while Amazon usually tries for “new and different”, this just feels “same and worse”.
Heavy language, low-level animation, drugs.
All the dirty jokes you’d expect from something like this as well.
Crude and failing.
4 out of 10

The Legend of Master Legend

The Legend of Master Legend is a dark comedy about the life of Master Legend – a real life superhero whose mission is the security and safety of the people of Las Vegas. Master Legend juggles the demands of justice with the even more complicated demands of his real family, who don’t see him as a hero at all.

Out on the streets of Sin City fighting evildoers. He is a gardener by day, a real-life superhero at night (based out of his secret hideout in his backyard). He spends time pushing for safety and making ‘food bags’ to hand out to the people of the streets.
Terrible, despite the ending.
3.5 out of 10 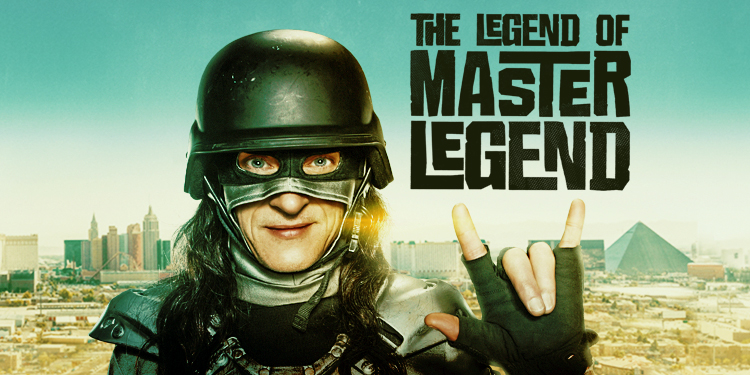