The Golden Globes, being held on January 7th and hosted by Seth Myers, released their nominations this week, and I get to play the annual game of trying to incorrectly guess all the nominees…or at least make my picks if they gave me a vote.

Best Motion Picture, Drama – Dunkirk — This WWII Drama is listed by many as one of the best movies of the year. I haven’t watched any of them yet…so my take on it is weak.

Best Motion Picture, Musical or Comedy – I, Tonya — James Franco’s The Disaster Artist is a great start into his directorial career, and The Greatest Showman had potential, but lacked a bit on execution. It may be the surprising I, Tonya that walks away with it.

Best Actress in a Motion Picture, Musical or Comedy – Margot Robbie, “I, Tonya” — Emma Stone will make a run for it with Battle of the Sexes, but it’s I, Tonya that will be the continuing upset movie.
Or at least upsetting my picks.

Best Actor in a Motion Picture, Drama – Daniel Day-Lewis, “Phantom Thread” — It’s hard to ever argue against Day-Lewis and Denzel Washington’s (Roman J. Israel Esq.) performances, and the two of them are going to make this one interesting.

Best Actor in a Motion Picture, Musical or Comedy – Hugh Jackman, “The Greatest Showman” — Steve Carell’s performance in Battle of the Sexes will battle Jackman for the top ‘Showman’, the only brightside to a mostly dull movie.

Best Original Song, Motion Picture – “This is Me”, “The Greatest Showman”

Best Television Series, Drama – “The Crown,” Netflix — Expect my review on the latest season within the next few days.

Best Television Series, Musical or Comedy – “Master of None,” Netflix

Best Actress in a Television Series, Drama – Katherine Langford, “13 Reasons Why” — Best actor and actress in a TV series are some of my hardest choices. Claire Foy in The Crown should win her second straight award. But Langford made a good case for a surprise win, and Hulu’s The Handmaid’s Tale made big waves this year.

Best Actor in a Television Series, Drama – Liev Schreiber, “Ray Donovan” — Schreiber is great as the hardcore Ray, but Jason Bateman’s Ozark made for a pleasantly good show, and Bob Odenkirk as Better Call Saul makes for a good argument.

Best Actor in a Television Series, Musical or Comedy – William H. Macy, “Shameless” — Frank Gallagher is one of the best characters currently on TV, especially as his new reformed self, while Aziz Ansari keeps his Italian adventure in line for a win. 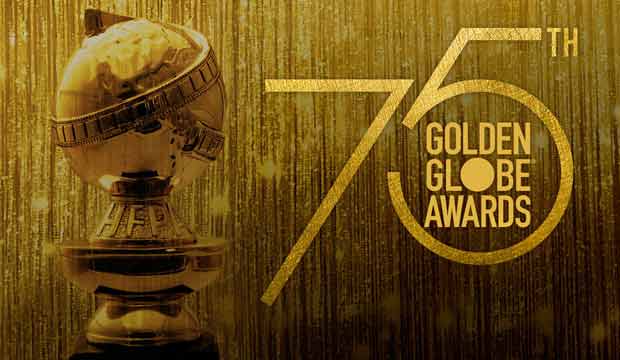