Backstrom premieres tonight on FOX at 9PM, and features former The Office star Rainn Wilson, as well as Dennis Haysbert (The Unit).

Wilson plays Lieutenant Backstrom, a homicide detective in Portland, Oregon, who to put it quite simply is an unhealthy smoking alchoholic, who is unfriendable, hates everyone equally, but enjoys the little things in life.
Oh, and he’s an absolute genius.

I believe that Backstrom lives intensely in the moment. On a higher plane of existance from which he is able to hear the universe speak

Backstrom becomes his suspects and victims to try and see what happened thru their eyes, and figures them out (usually correctly).

Living in a house boat, with an old friend, who happens to be a criminal, gives Backstroms connections he needs to help solve his cases.

I don’t see the worst in everyone, I see the everyone in everyone” -Backstrom

Many will compare this to the “House of police”, and it may very well be, which to that I say: Bring on that 8 season goal!

To take from the show: I really believe, that this show absolutely will, be a fan favorite for all Rainn Wilson fans…and as such, this show may very well live (or die) on his popularity.

I’m you, watching this show, and enjoying it.

After watching the first 3 episodes, I can say that it is indeed an enjoyable show, and I look forward to the rest of Season 1! 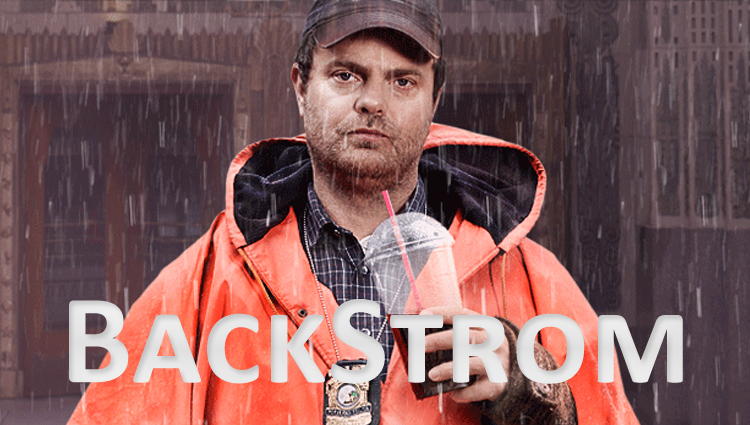