Good Girls Revolt is an Amazon Exclusive TV Show, which was released over this past weekend.

It’s 1969, and the girls who work in the research pits of “News of the Week Magazine” have had enough of being treated unfairly.
They do most of the work, get paid 3X less than the men who are “reporters”, and their names appear nowhere in the magazine, especially not in a byline even if they wrote the whole story.

With the help of an ACLU lawyer, they go about planning a lawsuit, citing the EEOC (equal employment opportunity commission) as their basis, and try to rise up against the oppressive men in their lives.

The women also do a good job discovering themselves, their $$ worth, and how much they are valued (or not).

Genevieve Angelson (Backstrom, House of Lies) is outstanding as researcher Patti Robinson, and Chris Diamantopoulos (Silicon Valley) is equally impressive as the editor of the magazine.
Add in a great supporting cast of Anna Camp (Pitch Perfect), Hunter Parrish (Weeds), Joy Bryant (Parenthood), Erin Darke and Jim Belushi, and the show really does a great job.
There is also appearances from Grace Gummer (daughter of Meryl Streep) as journalist Nora Ephron. 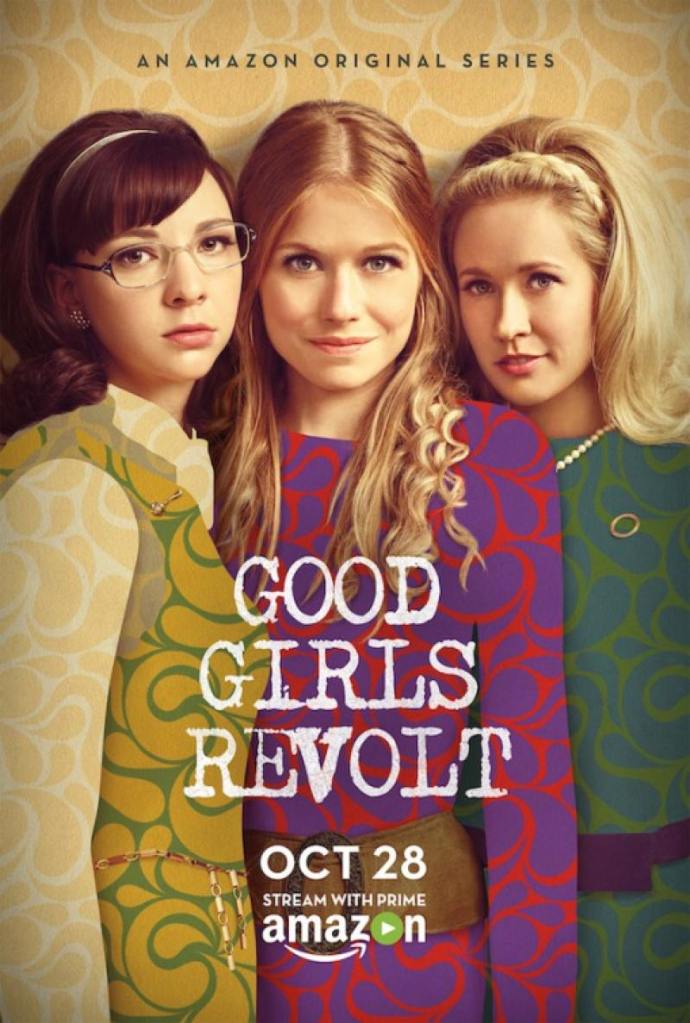