The idea behind a BookShot is for them to be less than 150 pages, all story and no fluff, and costing less than $5.

Some of the books are part of his regular series’ (such as Cross or Private), but he’s also launched a “BookShots Flames” line of books, which are all Romance.

I read my first ‘Shot this weekend and was left a little disappointed. While I finished it in only a short time (as advertised), it was also just the story and no fluff (also as promised)…but it was missing the potatoes.

Every book has meat and potatoes (or in the case of Clancy, meat/potatoes/soup/salad/dessert), and these books are just the meat. But without the potatoes, it’s just not filling. It leaves you wanting more.

I guess it can work for those who aren’t big readers, and these will probably be fantastic as travel books since they fit easily in a small pocket and are done in the same time as your trip, but otherwise, I am staying away from them, and sticking to my big boy books. 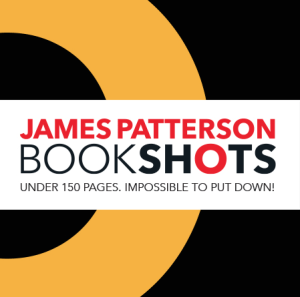