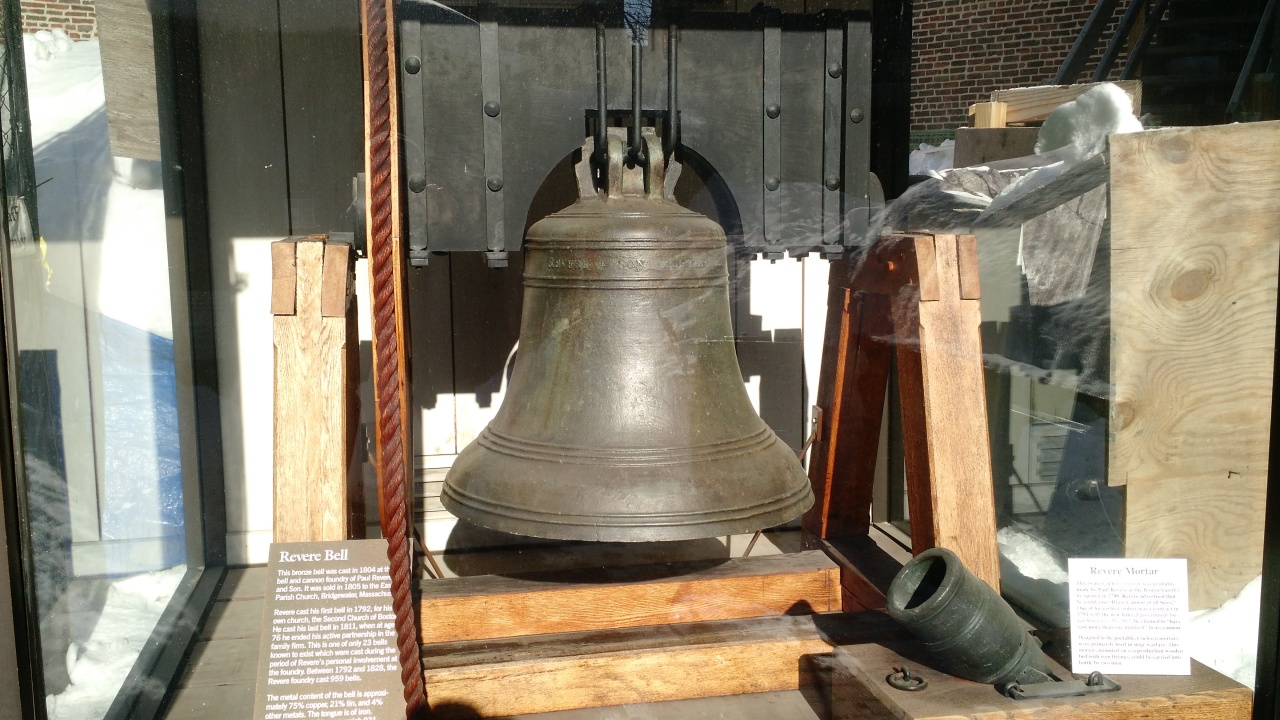 After the Irish Potato Famine Memorial I tried to go to the Boston Massacre Site and Old State House, which was unfortunately closed for the day.

And with the weather as it was (and me first wandering off in the wrong direction) I paid a few $ for a taxi to go a few blocks across town to the Paul Revere House.

No pictures were allowed inside the house, even if I was their VIP guest for the day (Important because I was the only one for the day), but there was a nice bell in front of the house…and no, I wasn’t allowed to lick this one either (a story about Philadelphia, for some other time…).

The house itself featured some of the original furniture, which were pretty impressive, and clearly things aren’t made to last like they used to.

From there I got walking directions to the New England Aquarium, which I did not go into, due to the high unnecessary costs, and more-so, the time constraints I was on, and instead found a cheap ferry that went across from the Aquarium to the USS Constitution and Museum.

They were only running one ferry at the time, the Rita, due to lack of passengers and need. 7 people got off when I got on, but I was the only one making the quick 10-minute trip across the river. 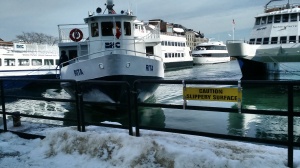 Among the sites seen on this trip, of which I spent it outside on the front deck (yes, in the cold instead of indoors) enjoying the harbor, was the Boston Harbor and a Coast Guard ship that was ready to roll as needed.
And I am not sure what it is about standing on the front of a moving ship, but it wasn’t long before I was humming Titanic music.

Once I got off the trip, it was a short walk down the pier to the entrance of the Charleston Navy Yard and the docks there, including a dry dock which led to Les Miserables songs now flowing through my head.

After waiting behind a large sightseeing group to go through security, I was finally able to go and see the USS Constitution (cutting off that group in the museum, so I could have the ship to myself), which is open to the public Thursday-Sundays in the Winter. 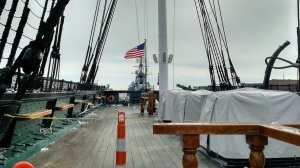 Those tarps on the right in the second picture were the openings to the lower decks, which you could lift up and climb down the steep staircase to.
Things to see downstairs included cannonballs as well as the “Old Ironsides” cannon which kept the ship safe in times of war. 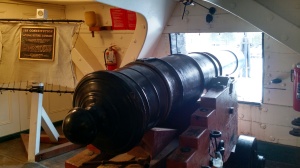 And before I deboarded the ship, I asked one of the on-board crew members to take a picture of me, since I rarely get those when I head out on solo adventures. Look at me being all (USS) Constitutional!

Part 3 of my Boston adventure to follow, and all pictures from the trip can be found on Facebook here.