As a kid I read a lot…like a lol…used to win the monthly reading contests back in 2nd grade (I even remember it came down to me and one other kid, and we were racing to the finish…literally hundreds of books a month). But then adulthood came around and free time came to a close, and my attention to books waned as I tend to drift to TV shows.

The Black Stallion by Walter Farley – This 20-book series came out in the mid-1900s and focused on a young boy (Alec Ramsey) and a wild untamed horse, and the bond they formed.
The series went on to focus on the great horses offspring and their racing careers as well.

Oz by L. Frank Baum – Everyone knows the first book in the series The Wonderful Wizard of Oz, but did you know that Baum wrote a 14 book series about Oz and the stories of the land?
This series also had many spin-off books by other authors, that are still being written today, 100+ years after the original. 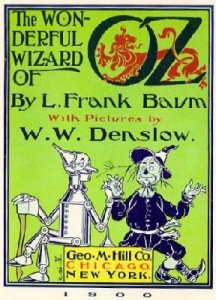 Encyclopedia Brown by Donald Sobol – These books featured nine-ten mysteries per book, that were up to you the reader to solve. Sobol would lay out the clues and walk Encyclopedia through it all, and after all of it you’d be left with a question on what you thought, with the answers listed in the back of the book.
Sobol also had other series’ focused on short mysteries, such as Two Minute Mysteries.