The Song Rising is the third book in a series by Samantha Shannon, which began with The Bone Season and The Mime Order, and is supposed to include seven books to reach its finale.

This series has taken an interesting journey to get to where it is, and I feel like with it we have seen the evolution of Samantha Shannon.

The Bone Season was jam packed with clairvoyance and terms, confusion and Æthers. By the time it was done, your mind was jumbled and mixed up in new terms.
Then came The Mime Order, where the confusion was a little less, but nonetheless featured brilliant fights involving spirits and mind jumping.
But now as we get through The Song Rising, spirits and the likes play a role in the background but don’t feature as much prominence in the main storyline.

The Song Rising follows our group of outcast voyants as they flee the government’s new “Senshield”, which is finally portable and hunting clairvoyants on the streets of London.
From wandering into warehouses to visiting the Archon, our group of heroes will venture across Western Europe in search of the power source that is keeping their people from freely wandering the streets.

Now it is entirely possible that her publisher told her to lay off on some of the harder/more confusing stuff in hopes of reaching a wider audience, but regardless the reasonings, it seems to have worked as the series has fallen into a mid-series smoothness, in which we flesh out the overall story, and see the continued evolution of Paige Mahoney.

If the series continues along this fascinating storyline, there is no doubt in my mind that it will pick up traction, and get the recognition it deserves, and the series’ film rights are owned by Andy Serkis (known for his work in “Planet of the Apes” and “Star Wars”). 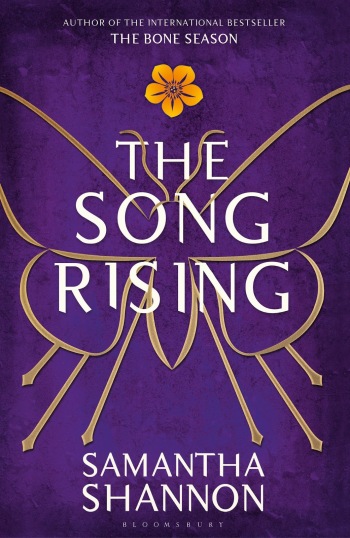