Lego has been around for long enough that most good Lego sets seem to have been created already, and they have resorted to making stories and movies to create new brands and themes (see: Ninjango).

So recently they have turned to the internet for help on creating wanted sets, in the form of Lego Ideas.
People get to create their own ideas and submit them, and after the public votes on their favorite ones, it heads to the Lego Developers for a final vote, with the best sets being turned into reality for the public to buy.

In the past, I have been interested in the Lego Architecture sets, which include things like the Guggenheim, the Arc de Triomphe, the US Capitol Building, the Eifel Tower, and city skylines (Chicago, Shanghai, London, Sydney, and New York City).
Some of these sets were elaborate with a lot of pieces, while others had fewer pieces and were mostly for show.

Lego Ideas followed a similar path, with small sets of “Adventure Time” and “Women of NASA”, but when they rolled out their “Ship In A Bottle” I knew I had to get one!

So this past weekend I went about building my very first ship in a bottle. Granted, the bottle was built around the ship, and not carefully placed inside…but it was a fun little project, and now Leviathan sits proudly on my shelf!

I did like that it was advertised as 950+ pieces…of which 287 were tiny blue dots that you poured into the bottle as “water”.

You can purchase your set, on back-order, HERE! 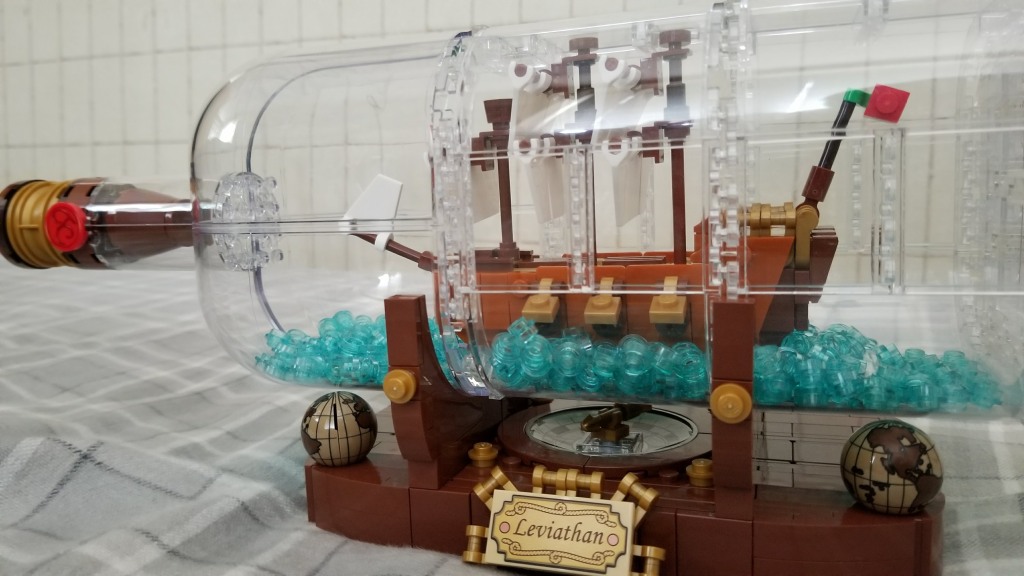