Disney Pixar’s Coco may not have been nominated last night for Best Picture Award at the Oscars, but it was by far the best movie I’ve watched from 2017.
Coco won two awards at the 2018 Oscars, Best Animated Film and Original Song for “Remember Me”.

Every year on Dia de Muertos (Day of the Dead) families tell the stories of the dead to help keep their memories alive.
Our main family tells the story of how the matriarch of the family started making shoes, after her musician husband left her, banning music from the family as she started the shoe empire.

But young Miguel (Anthony Gonzalez) can’t stick to any of that. He feels the music coursing through his veins and just wants to be like the great musician, Ernesto de la Crus (Benjamin Bratt).
After discovering a family connection to Ernesto, Miguel breaks into his shrine to borrow a guitar to play, leading on an adventure of a lifetime…or deathtime, with all his past generations coming together, and a quest to find Ernesto in the Land of the Dead, with some help from Hector (Gael Garcia Bernal), his dog Dante, and the music of a guitar in his hand.

Bright colors and beautiful artwork are just the beginning for this great fresh tale. One of the best movies I’ve seen in years, both visually and as a story, and should have been the fourth ever nominated animation for Best Picture (after Beauty and the Beast, Up, and Toy Story 3), and if it had it may have beat out The Shape of Water.

This movie is highly recommended for all ages and gets a 9.5 out of 10. 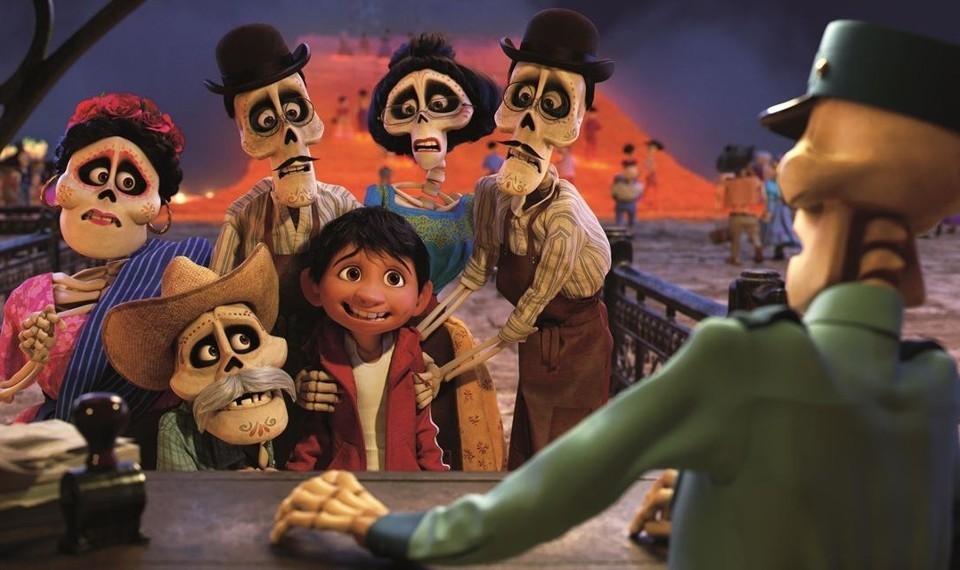 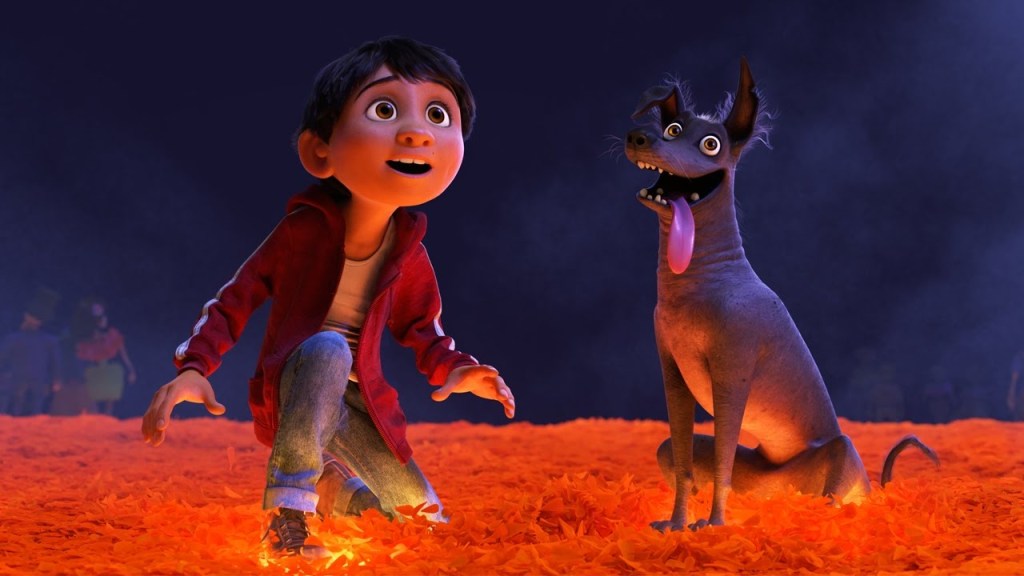