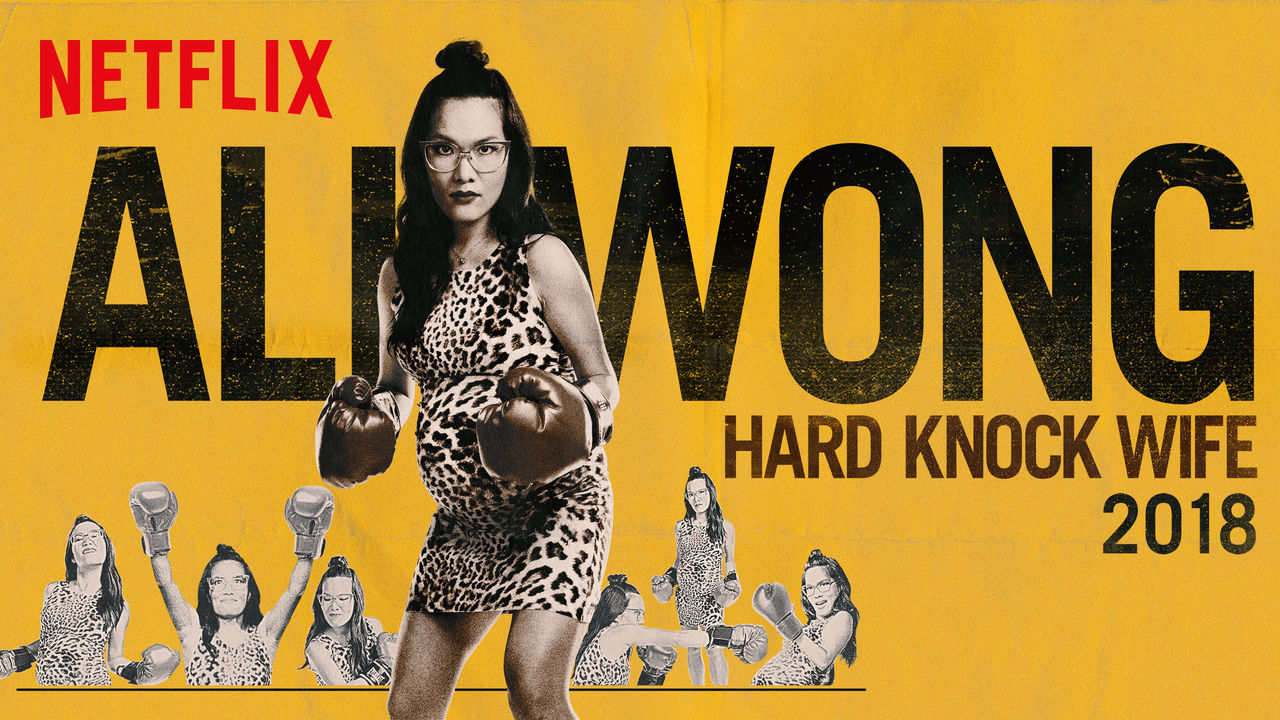 Two years after her last Netflix special, Baby Cobra, during which she was very pregnant…and now Ali makes her way back onto the stage for Hard Knock Wife, and not surprisingly, she’s pregnant again.

She doesn’t waste any time getting into talking about her kid and being a new Mom, and all the experiences that come with it. She also spends a lot of time talking about how it’s affected her relationship with her husband.

I tried the stay-at-home-mom thing for eight weeks. I liked the “Stay at home” part…You are stuck at home all day with a human Tamagotchi.

And maybe it’s the fact that I can’t relate to the topics, and this special isn’t geared to me…but I just don’t find it funny. She’s a real screamer, who likes to talk really loud and yell jokes at you. I’ve never been a fan of this method, and while I’ve found her funny in the past, it’s just too much this time, combined with all her bad jokes, this special gets just a 4 out of 10.

I was reading a few reviews on this special, and one of them by Maia Efrem, over at Refinery29 caught my eye. Among the things she praises Ali for is:

Her set-ups were smart, her punchlines hilarious, and she was doing it all while growing a fetus. That’s more than any male comic can ever say.

I mean…yes, she’s pregnant. But pregnancy doesn’t make it any more or less impressive to tell a joke. Either you can or you can’t…and like I said above, I just didn’t find this funny.
And yes, it’s likely a lot harder to do a stand up special while in her third trimester, but it doesn’t change ones funniness.

Gabriel Iglesias is (was?, he’s worked hard on it!) overweight, and has earned himself the nickname of Fluffy. But he’s funny because he makes good jokes, and is great with his delivery. But I don’t think anyone would write a review saying:

Gabriel was funny and energetic, walking around the stage delivering his jokes, all while being overweight and harder for him to get around. That’s more than any skinny comic can ever say.

Reggie Watts is out there on stage, leading to this review I’ve just thought up:

Reggie is out there on stage, with his large hair and beard, standing under the bright lights, and you can’t imagine the sweat and water that he loses on a daily basis. That’s more than any slim comic can ever say.

People applaud something…that’s one thing. But to needlessly compare her to a male, for the sake of putting them down, is sexist. I can only imagine the backlash if the reverse were written…especially if the guy had been Ricky Gervais.