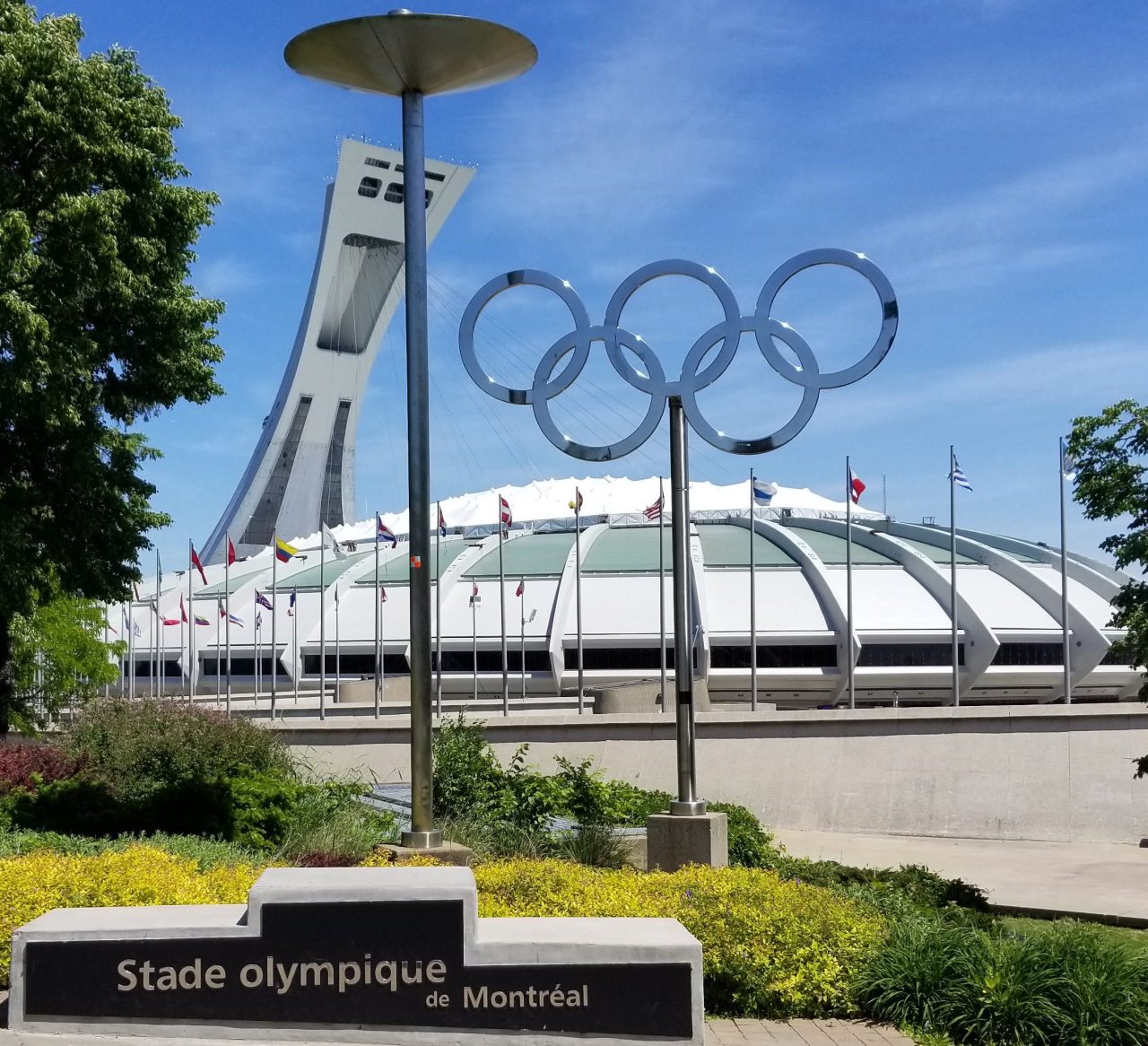 Olympic Stadium in Montreal. Home of the 1976 Olympics, the former home of the Montreal Expos, the current home of some Blue Jays preseason games, and host to many events including the CFL, 2015 Women’s World Cup, and future proposed site of the 2026 FIFA World Cup.

The Olympic pool and gym is still in use, open to the public at an incredible rate of $50(CAD)/year for membership. The pool is regulation 50m in length, but is used the wide way for regular people, to create more swimmable laps for us plebs.
The pool floor is movable so they can make it shallower/deeper as needed.

There are also designated areas with a diving pool, a polo pool, as well as weights and a judo section.

And then you get to the Stadium itself, which was setting up for an Expo while I was there. It is a huge space, much larger than MSG and Barclays that we have here in NY, and features a closed roof that amazingly has no beams on it.

As for how that roof is held up? They built the Montreal Tower, the world’s tallest inclined building in the world, measuring at 500+ feet, and attached strings/ropes to the end of it, to hold the weight of the roof.

You can take an elevator to the top of the tower, which provides great views in all directions. From the Old Port to the Mountain, and as seen in the picture below, an overview of Saputo Stadium, home of MLS’s Montreal Impact, and the Olympic Villiage, the pyramid looking building.

Once done with these buildings, make sure to walk thru Olympic Park. This includes the biodome (used as the Velodrome for the games), the Maurice Richard Arena (home of boxing and wrestling), and on the far side of the park is the current home of the 1976 Olympic Torch.
The torch provides a podium to stand on, and a great photo op with the stadium and tower behind you.

As for the Olympics Logo from 1976 (seen below), it is multi-layered.

One thought on “Olympic Stadium and the Montreal Tower”