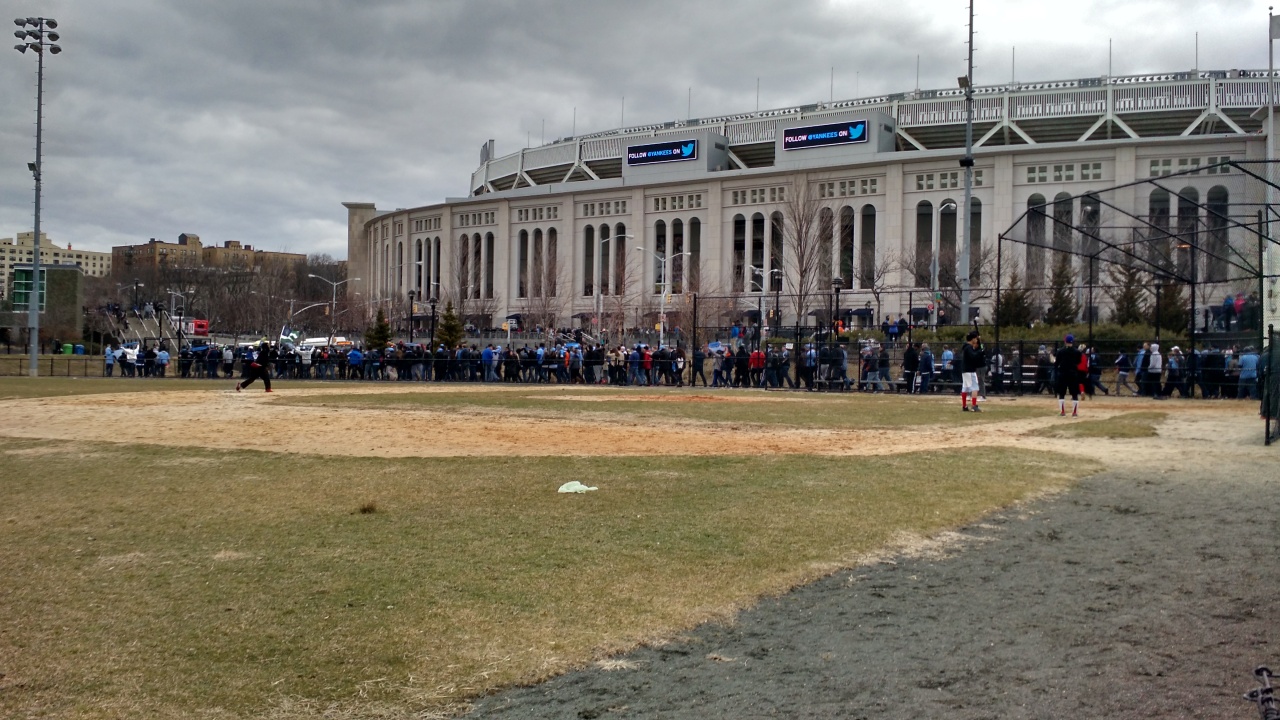 I went yesterday to Yankee Stadium for the historic home opener of the New York City Football Club (NYCFC).

I had bought a parking pass beforehand, saving a few dollars over paying there, and parked close to the exit ramp for a quick getaway afterwords.

We marched to the Stadium with The Third Rail, which is the fan group for NYCFC. This was a fairly large crown, a little unorganized (which is to be expected in the first game ever), but slowly getting their stuff together.

The field didn’t look as bad as I had thought it would, especially after the pictures that had come out Wednesday.

I of course took the customary soccer photo:

And lastly I took the scoreboard shot at the end of a great 2-0 win!

The game itself was great, and the crowd was really into it. Chants were starting in most sections, sometimes even louder than the supporters sections in the bleachers.

I’ve been to many events at Yankee Stadium including a Yankees playoff game (which was “alright”) and a Stadium Series NHL game (which was “incredible”), yet the atmosphere for this game was better than all of those combined!

I took a lot of videos and not as many pictures during the game itself…but realized today, after it is all over, that pictures are much easier to post…

So on that note…videos are available on my Facebook page!