Tony Stewart announced yesterday that next year would be his final year of racing in the Sprint Cup Series.
Not to say he won’t race anymore, just that he won’t compete full time, similar to what Jeff Gordons’ future looks like, and what Dale Earnhardt Jr. will likely aim for in a couple of years.

This added year is not just a ride-it-out year. This is (when) we’re going to gouge our eyes out and do everything we can to win races and win another championship.

I’ve been a fan of Tony’s since the early 2000s, but people fall on one of two sides with him: Love Him or Hate Him. There is very little middle ground with Tony, because of his driving style and ferocity on the track.

I know the potential is still there. I know we can do it. I was the first guy to run 200 miles an hour at Texas Motor Speedway, and if that doesn’t prove that we can still nut it up, I don’t know what does.

Here’s a quick look at some of his achievements:

It was a choice that was 100 percent mine. There wasn’t any pressure from anybody. … There have been more challenges in the last couple of years that have distracted from my fun racing a little bit, but it’s still fun. If it wasn’t fun, I would just walk away from it. 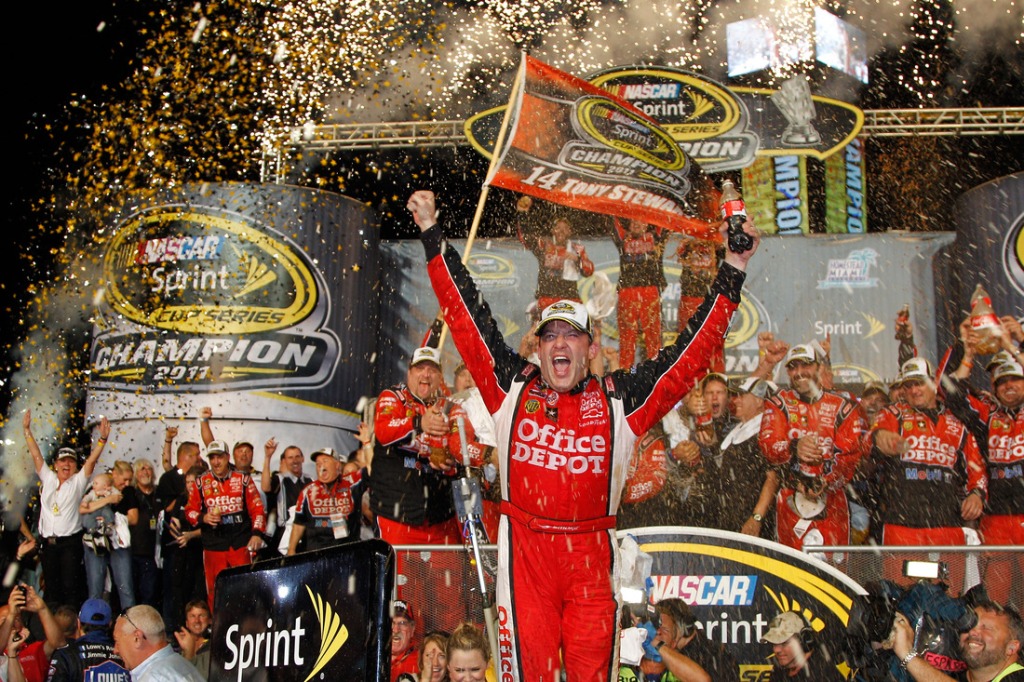 He has had an outstanding career (which has certainly had it’s ups and downs (Kevin Ward Jr.)), and was inducted to the Midget Auto Racing Hall of Fame in 2001, and certain to be inducted in the NASCAR Hall of Fame when the time comes.

‘Smoke’ will surely be missed from the racetrack…but he won’t be far away as he moves to the owners box next to Gene Haas in Stewart-Haas Racing.

One thought on “The Legend of Tony Stewart”