In recent years it may have been a little overdone, but behind the Stanley Cup Finals and All-Star Weekend, the games I enjoy the most (regardless of the teams playing in them) are the outdoor hockey games.

And this week was no exception.

First on Sunday was the Centennial Classic, which marked the start of the 100th year of the NHL, and the Red Wings-Maple Leafs didn’t disappoint in their play.
A large late game comeback by Detroit marked a typical Toronto meltdown, and the overtime ending was a great finish to the game at BMO Field.

And then on New Years Day (observed) was the yearly Winter Classic and the Blackhawks-Blues fought off the early rainy weather, which slows down play and made it into another outdoor spectacle at Busch Stadium. 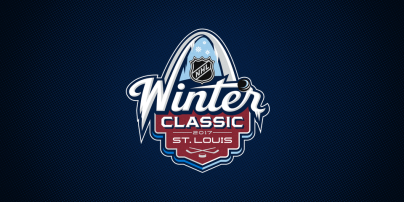 When the outdoor games did a Stadium Series run in 2014, I went to Yankee Stadium to see the Rangers-Devils compete.
It’s just a different atmosphere when you take the game outdoors.
The players enjoy the experience, the fans brave the elements, and it’s just plain different from the “norm” of sports.

Could you imagine if the NBA headed to the streets and they allowed rain to slick the court (or even worse, the wind to blow 3s off course)? Fans would be furious.