I don’t get them…I don’t really understand action figures and the likes as adult collectibles.

Sure I collect things, like signed baseballs and soccer balls, or souvenirs from places I’ve visited.

I’ve even done sports cards (baseball, hockey, etc.) over the years, but I grab those more for the enjoyment of having a specific player, then in looking to make money. They also take up next to no space.

But over the past few years Pop Figures have taken off, and it’s hard to go into a store that sells them and not see tens (if not hundreds) of varieties. Barnes and Nobles and Game Stop both have shelves and showcases dedicated to them, and peoples goals are to collect full sets.

So Wednesday night I saw on Twitter that there was a new set of Star Wars figures coming out for Comic Con and they were being sold from four different sellers…all of which would sell out shortly after they go on sale. 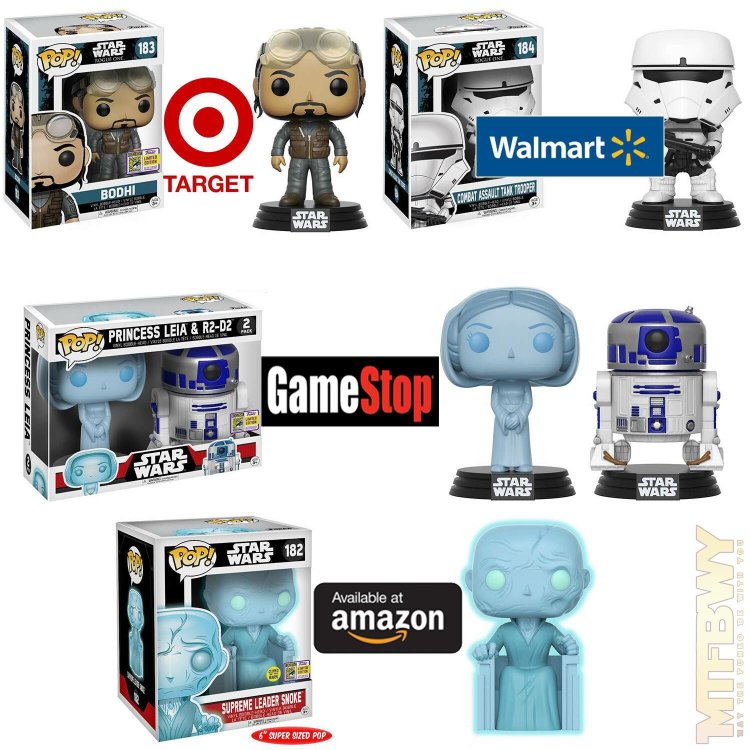 So I played the odds, spent hours refreshing Walmart’s website, and actually managed to land all four of them.

So…now what? What do I do with them now? My guess…they’ll sit in my room and gather dust for a while…