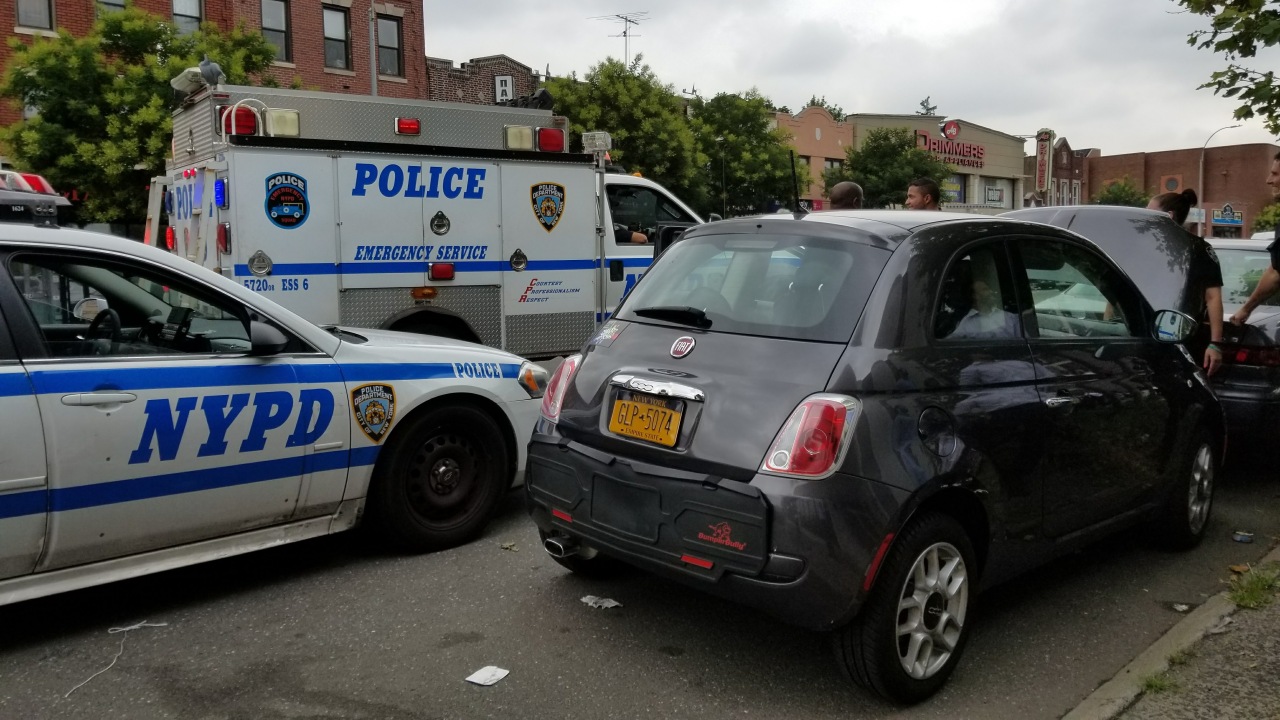 I was walking through Brooklyn yesterday when I noticed members of the NYPD 70th Precinct hanging around a little Fiat. It didn’t look like an accident, or that someone was waiting for someone to pop the door (locked in keys), so I went over and started talking to them.

Turns out some taxi drivers had seen a cat run under a car and never came back out. The cat had crawled into the engine block and was now stuck inside.

Tuna had been placed under the car, but that wasn’t helping to lure him out, and he could not be seen, but could be heard mewing.

Finally the ESU (Emergency Services Unit) showed up and came to the rescue. After going door to door and finding where the cars owner was working, they popped the hood and tried to reach the cat.

Unfortunately, while stuck within the engine block, the kitten had full range to roam the hood, making it impossible to track down.

So out came the car jack and tools, removing the front tire and starting to access the bottom of the engine block they started chasing the little rascal around. With some officers on one side of the car, nudging him towards the opening, and an officer under the car, trying his hardest to reach the cat, the 90-minute cat race came to an end, and the tiniest of kittens was rescued from the confines of the engine.

Thirsty and tired, she was handed off to a bystander who volunteered to take her home. 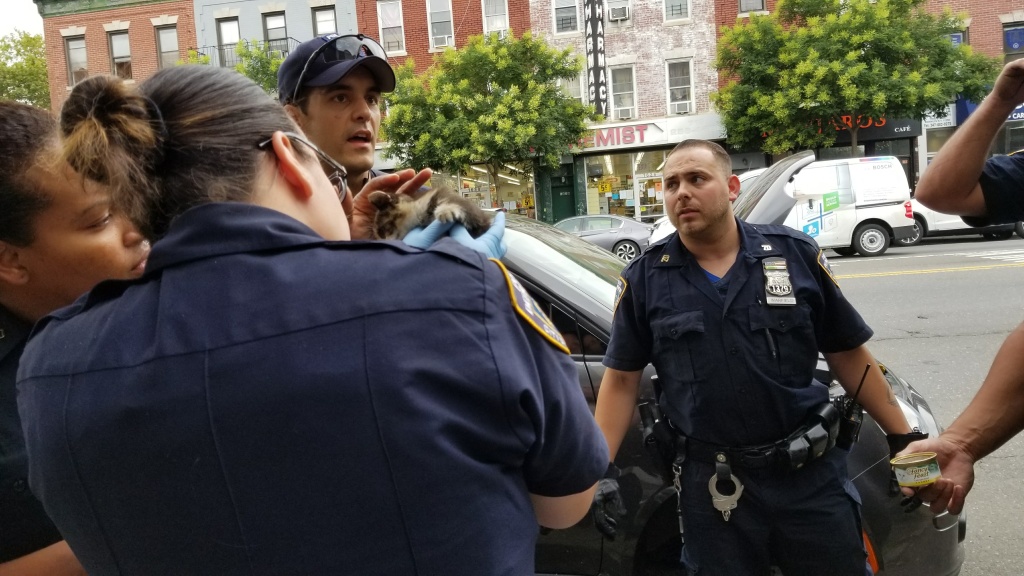