The fifth installment in the continuation of the Millennium Series, created by Stieg Larsson, and a follow-up to The Girl In The Spider Web, David Lagercrantz does really well in carving the story in An Eye For An Eye.

The original trilogy, published after Larsson’s death, was overloaded with information, and a lot of readers were likely to get caught in the weeds and turned off from the series. David has taken the series in a new path, with lots of story and intrigue, and a lot less fluff and overload.
In a similar vein, the first movie released in America was enjoyable, but seemingly a dud, as they never produced the rest of the series with Daniel Craig and Rooney Mara…but the Swedish full trilogy, with Michael Nyqvist and Noomi Rapace, was a lot more enjoyable.

Last we saw her Salander was heading to jail, and now in jail she faces the wrath of a mobster killer and her special knife, while trying to protect an innocent girl who was jailed after being forced into uncomfortable situations by her siblings.
Blomkvist is working on a new article, under the suggestions of Lisbeth, and is looking into a strangeness with stockbroker Leo Mannheimer.

The book is a great read and will keep you entertained from start to finish.

BTW, they are making a new movie for the series (based on Spider Web) starring Claire Foy (The Crown) and Sverrir Gudnason (Borg vs. McEnroe), due out this November. 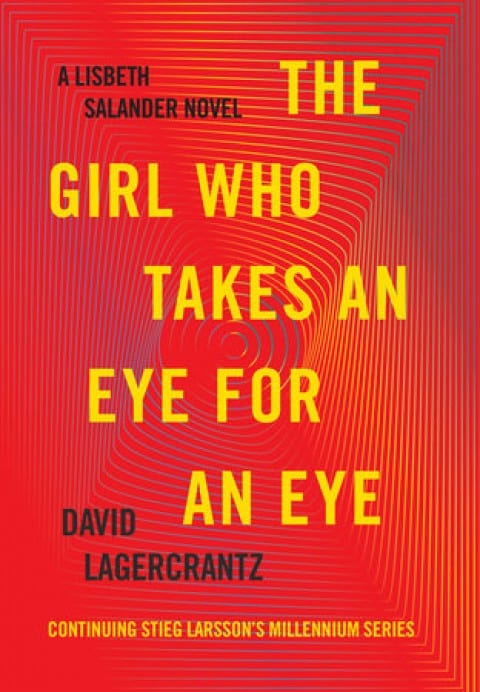