Today’s bracket is American Idol contestants who have gone on to have some success. Yes, there are a lot more than the eight listed below…as well as some that have had more fame than the ones on this bracket (like Jennifer Hudson), but it’s my bracket, so its ones that I listened to at one point or another.

Be prepared…there’s a lot of song puns.

One fault of building my own brackets, and spoiler alert, is that the higher seeds are likely to always advance. In the Amazon vs. Hulu bracket there were some upsets…but I prefer to use brackets made by others, like the ones used for Netflix, Marvel, and Disney vs. Pixar. 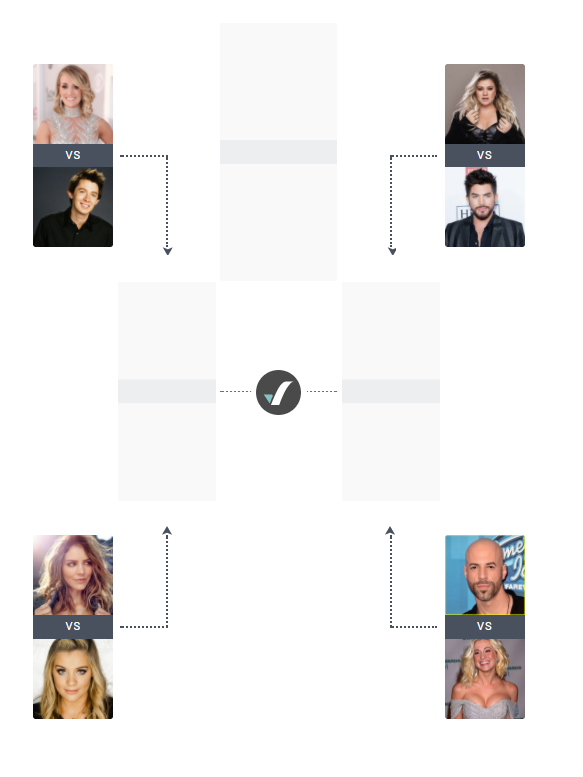 Katherine McPhee vs. Lauren Alaina – Lauren Alaina — This was my toughest decision of the first round. Katherine’s fame led her to shows like Smash and Scorpion, and I was “Terrified” to eliminate her, but Lauren is “Doin’ Fine” these days, and has the potential for a great career

Kelly Clarkson vs. Adam Lambert – Kelly Clarkson — Adam’s career is mostly a “Ghost Town”, and Kelly has been “Stronger” all the way up now to a judge on The Voice

Carrie Underwood vs. Lauren Alaina – Carrie Underwood — Lauren’s “Road Less Traveled” will end in the Final Four as there is no reason to “Remind Me” that Carrie is the better of the two

Kelly Clarkson vs. Chris Daughtry – Kelly Clarkson — “Piece By Piece” Kelly is better than Chris, Daughtry and his band had their moments, but “It’s No Surprise” that Kelly is going to the Championship

Carrie Underwood vs. Kelly Clarkson – CARRIE UNDERWOOD — I think it was pretty obvious from the beginning that it would end up here. And Carrie as “The Champion” wasn’t the easiest choice, but “Behind Those Hazel Eyes” Kelly is one of the toughest people to come out of the competition. She was the first winner, and 16 years later she is still at the top of her game. The reason she lost though, is that her recent music has fallen off from the highs that “Breakaway” set. “Since U Been Gone”, “Because Of You”, “Breakaway” (the song), and the aforementioned “Hazel Eyes” were all songs that stand up against the test of time…but “Love So Soft” and “Heartbeat Song” just don’t match up.
But after all that goodness about Kelly, it’s Carrie that I would pick between the two. From “Jesus Take The Wheel” to “Cowboy Cassanova” and “Something in the Water” to “Last Name” she has a wide range of songs that I would throw onto playlists. Add to that hosting the CMA Awards for 10+ years, including the 2018 show this November. 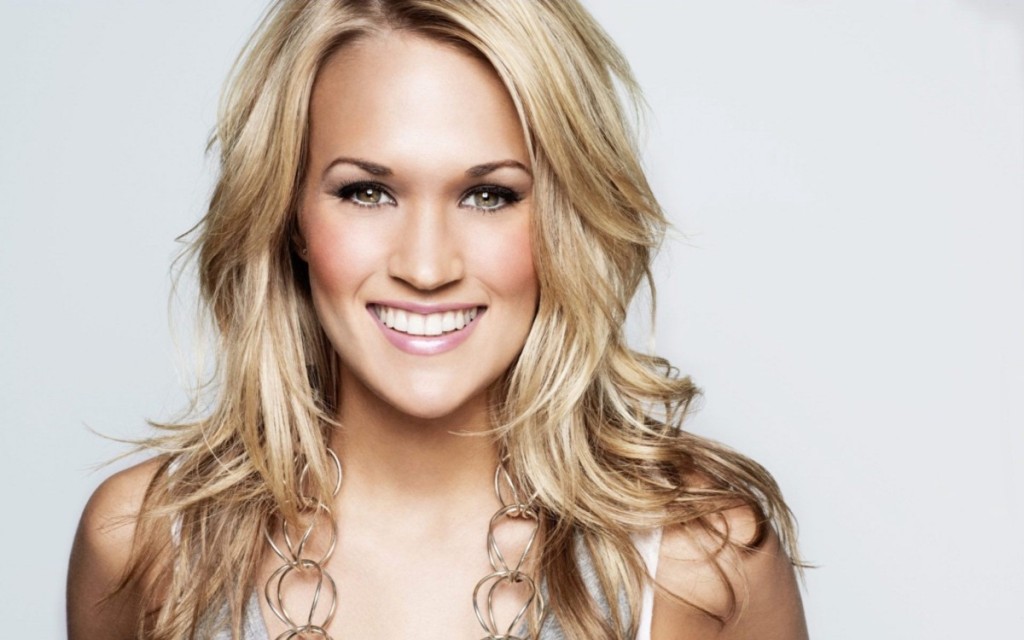